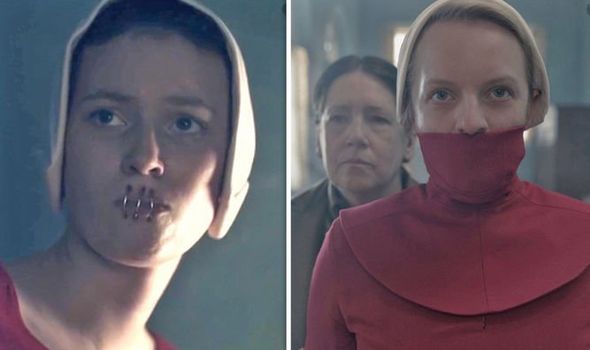 THE HANDMAID’S TALE has delivered a number of huge shocks to its fans over its three season run. However, perhaps one of the most shocking moments was when June discovered there were handmaids whose mouths had cruelly been sealed shut with metal rings. Now, bosses have opened up about the reasoning behind the sickening plot.