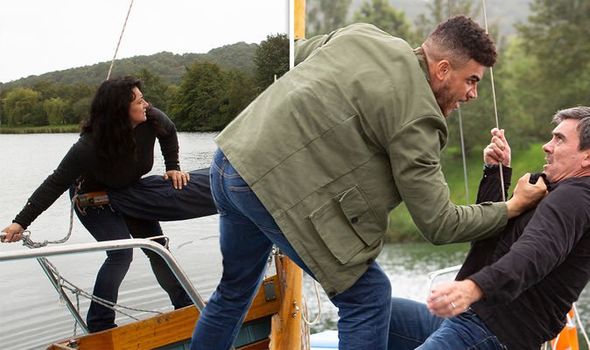 EMMERDALE resident Moira Barton’s affair will finally be revealed to her unsuspecting husband Cain Dingle in the next couple of weeks, as spoiler pictures have showed the pair having a showdown with Nate Robinson, who Moira has been sneaking around with for the past few months behind her husband’s back – but will she make it out alive?